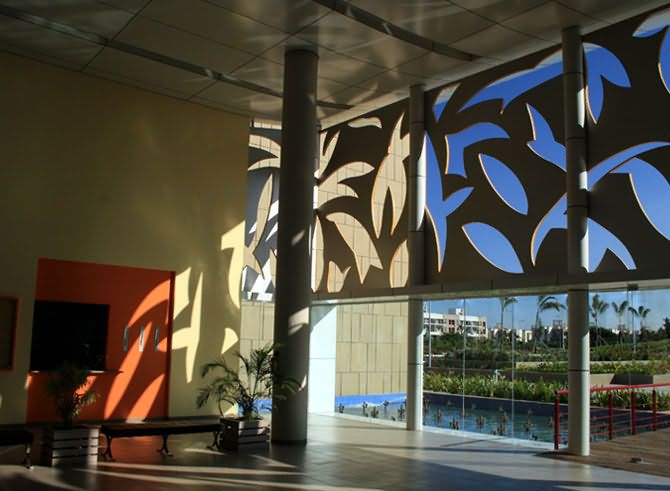 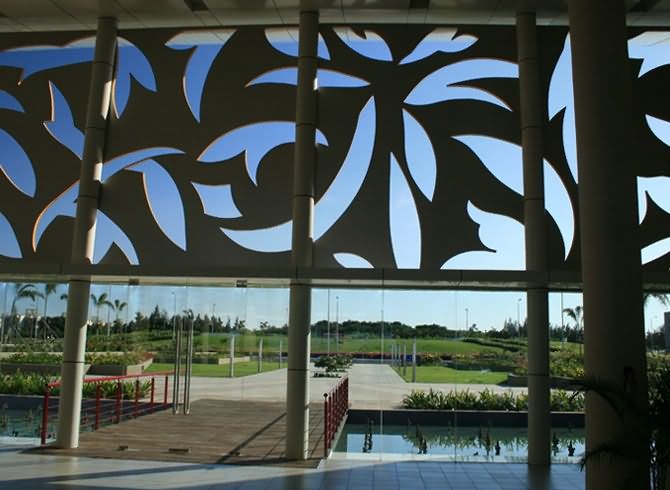 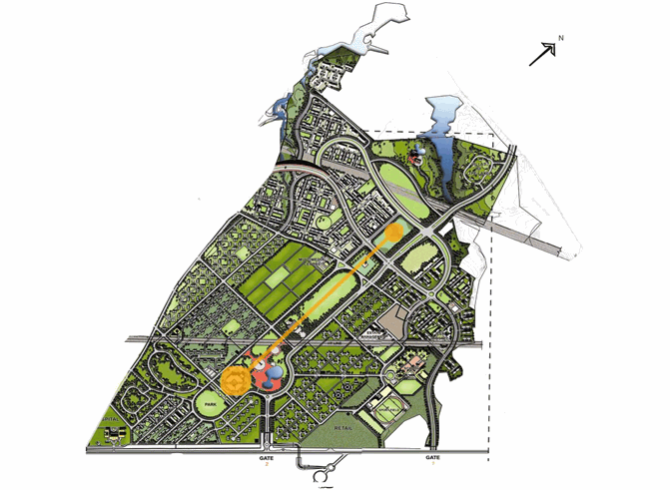 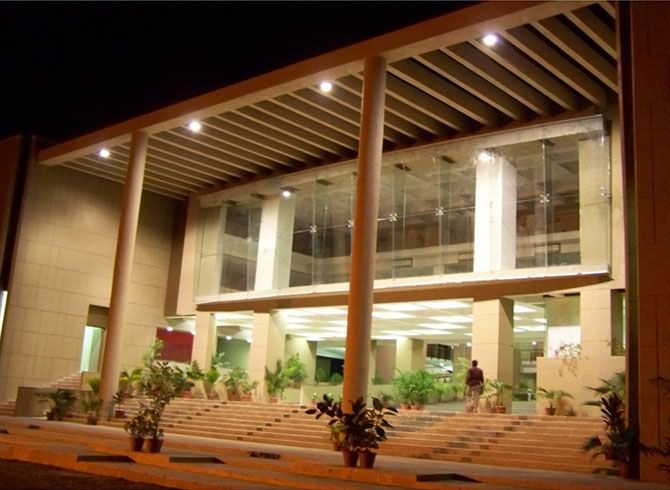 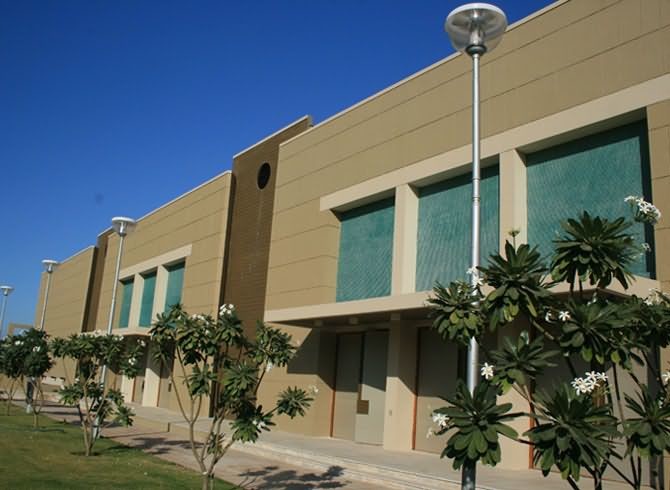 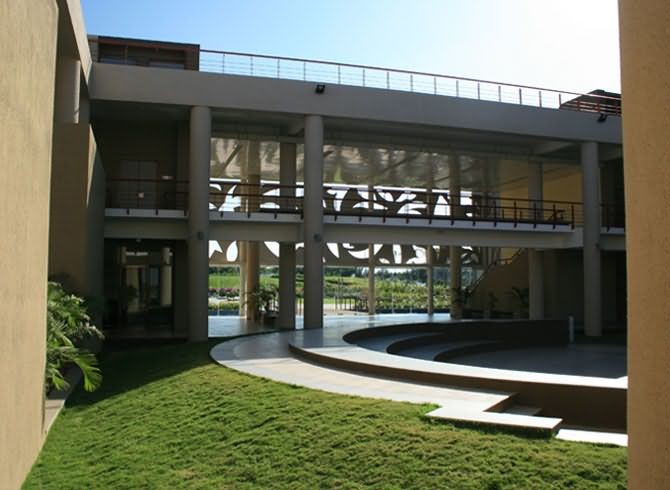 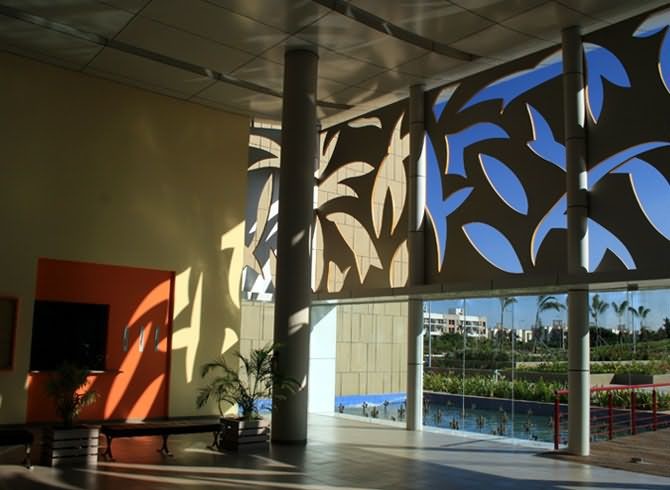 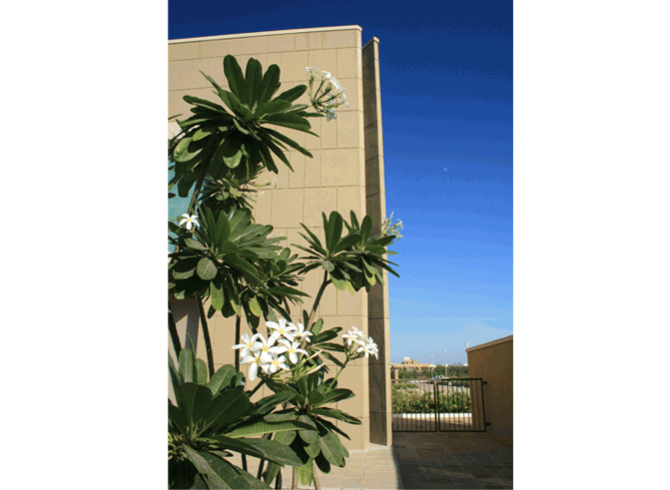 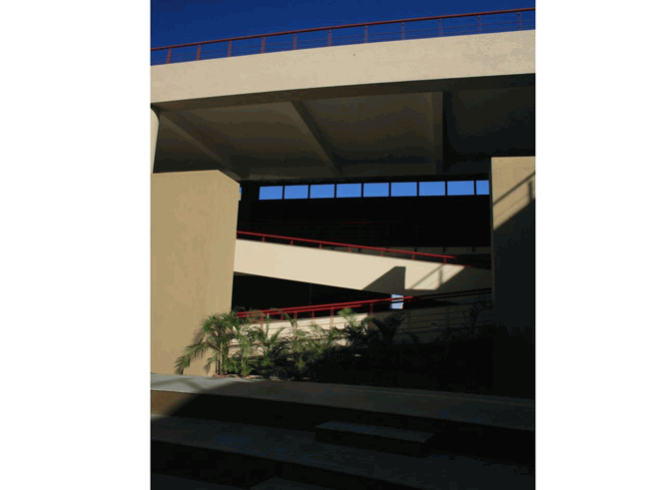 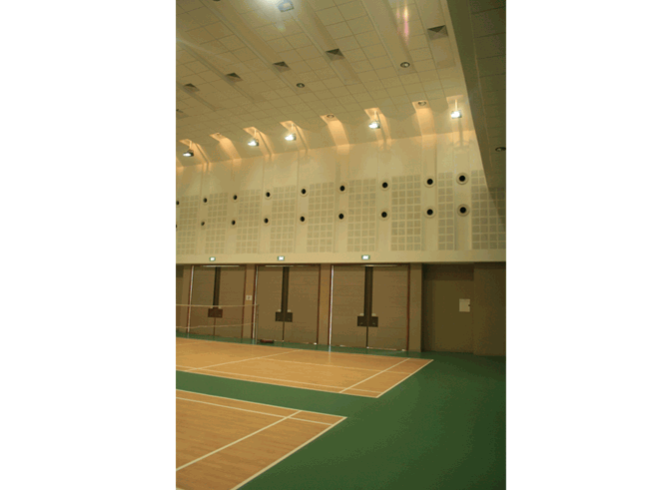 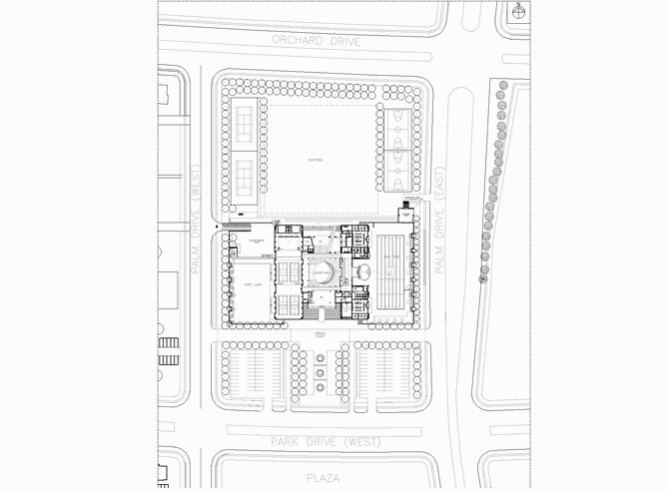 In 1998, during the time SCA set up the township for Reliance at Jamnagar, an exclusive residency was established for the promoter, directors and seniors, important visitors and guests. Nearly a decade later while expanding the township, SCA was also asked to establish a larger community and civic centre.

Tanalogously, this Diwan-e-Aam was located at the opposite end of the central axis as a counter point that was originally presided by the Diwans-e-Khas Residency. The resonant typology of the central courtyard was turned inside out, to radiate from the Shunya, connecting to the community all around.

This new DHA centre houses the township library, a community hall, 4 badminton courts alongside a garden for banqueting. On the east side court is an Olympic sized swimming pool facility, indoor squash court, etc. The central court rendered as an informal amphitheatre, allows spill over from the hall and the café and is often used independently for story telling sessions for young children.